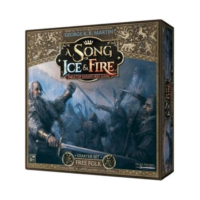 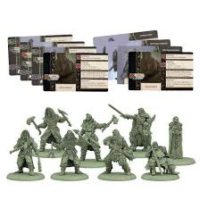 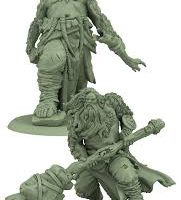 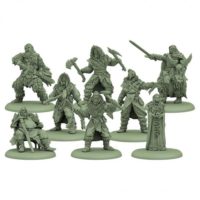 The Free Folk are marching to war!

The Free Folk in the north care not for the squabbles of the various Houses south of The Wall. These nomadic tribes will go where they please. And recently, they’ve been flowing their way into warmer climes. However, the people already in those lands don’t take kindly to what appears to be an invading force. Both sides are arming for war.

The Free Folk starter box set has everything a player needs to start a Free Folk army. It contains two full units of Free Folk Raiders, as well as a unit of Savage Giants, and a unit of Free Folk Trappers. Additionally, it has various Unit Attachments, Commanders, and NCUs to customize what players field. Also included is the game rulebook, custom Free Folk dice, tokens, measuring sticks, terrain templates, and everything necessary to send a force to war.

Be the first to review “A Song Of Ice and Fire: Free Folk Starter Box Set” Cancel reply