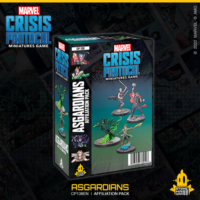 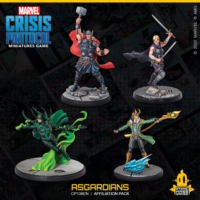 Face the mighty Asgardians, an extradimensional humanoid race hailing from Asgard, a pocket universe next to Earth. They travel between the Nine Realms and Earth via the Bifrost, an interdimensional junction. The humans of Earth have rightfully worshipped them because even the weakest among them are capable of becoming a powerful champion!

Bring the elite warriors of Asgard to your games of Marvel: Crisis Protocol with the Asgardian Squad Pack. In this Squad Pack, you’ll find 4 highly-detailed Asgardian miniatures ready to face down any foe unwise enough to test their strength, including Thor, Hela, Loki, and Valkyrie.