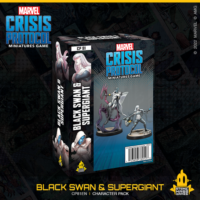 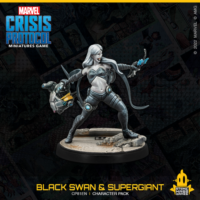 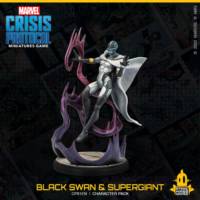 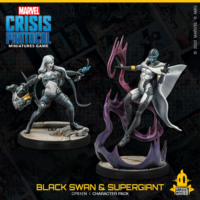 Black Swan was a princess of an alternate Earth who became its only survivor when an incursion event caused her universe to collide with another. She fled into a waystation between dimensions and found the Black Swans, who took her in and raised her as one of their own. Black Swan joined the Black Order of Thanos using her ability to project eyebeams of energy and her superhuman physique to support the Mad Titan’s conquest of worlds.

Supergiant is an omnipath and telepathic parasite. A ruthless and cunning member of the Black Order, she uses these abilities to devour the intellects of those who would oppose her. After each brutal attack her incorporeal form assures a swift escape, and Supergiant absconds to plague the galaxy anew.