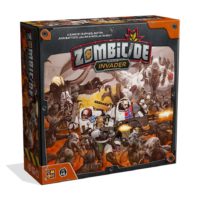 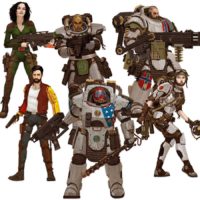 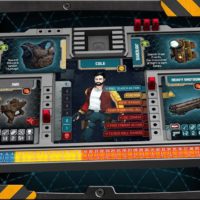 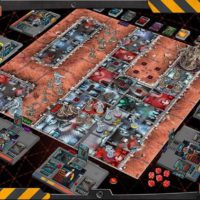 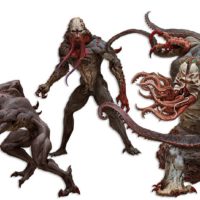 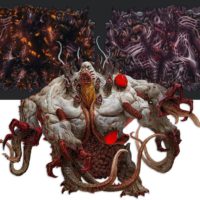 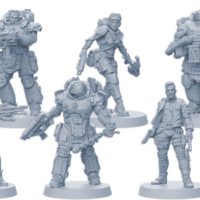 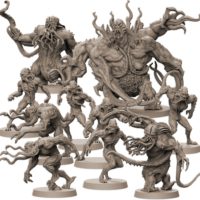 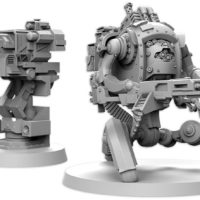 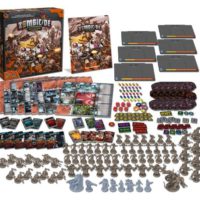 We are at the dawn of a new space age. Xenium, a special fuel with outstanding properties, was discovered on a distant planet called PK-L7 and a mining outpost established. As the base grew larger, and the miners drilled deeper, something happened. The Xenos, an alien species we believed to be peaceful, suddenly went mad and turned against us. They are infected, like zombies.

Few of us remain after the onslaught, and we don’t expect any help. We are survivors, we will have revenge, and we will prevail! Now is the time for…ZOMBICIDE!

Zombicide: Invader is the first game of the Zombicide Sci-Fi setting. In this standalone game, players are survivors of a human colony on PK-L7, a distant and hostile planet. The gold rush for Xenium, a new fuel for space travel, turned into a nightmare as the Xenos, an alien species, turned into feral monsters.

Will you fight Xenos as an ironclad soldier or as a resourceful civilian (another word for “adorable scoundrel”)? You choose! 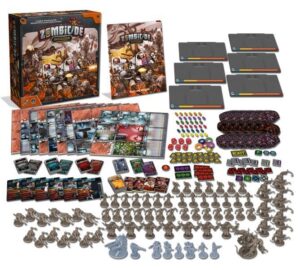 Bots are mobile war machines remote controlled by their owner. They can accompany the team, bringing sizeable fire-support, or go off on their own to investigate dangerous areas without the risk of losing a Survivor. Invader comes with a Peacekeeper Bot, equipped with a powerful melee weapon and a fast-firing ranged weapon.

Sentry Guns are fixed turrets with ranged firepower. They are great at securing chokepoints and laying ambushes for rampaging Xenos. Invader features the Falchion Sentry Gun, a fixed machine gun with a solid rate of fire and a long range.

Zombicide’s sci-fi range features several models for Bots and Sentry Guns. They have different game characteristics and can be swapped in any way you want to fit your play style.

Be the first to review “Zombicide: Invader” Cancel reply 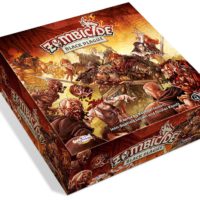 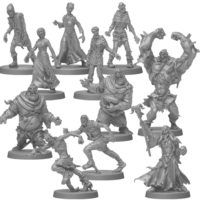