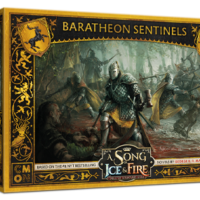 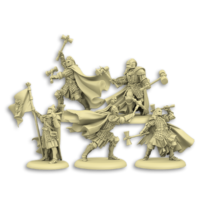 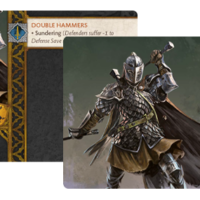 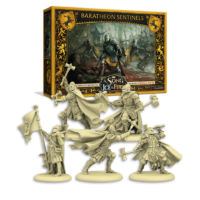 A Song Of Ice and Fire: Baratheon Sentinels

For most armies, the armor worn by the Baratheon Sentinels would count them as heavy infantry. But for House Baratheon, they only are classified as medium infantry. Still, their resilient plate mail can turn away most attacks, while their warhammers make quick work of enemies out on the field.

The Baratheon Sentinels Unit Box for the A Song of Ice and Fire: Tabletop Miniatures Game gives House Baratheon commanders a new melee unit for their forces. Simple and straightforward, the Sentinels head into battle confident in the power of their armor. On the attacking side of the coin, the Sentinel’s double warhammers can crush enemies under the weight of their mighty blows, easily sundering enemy armor.

Be the first to review “A Song Of Ice and Fire: Baratheon Sentinels” Cancel reply