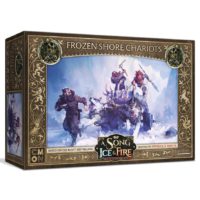 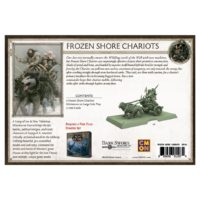 A Song Of Ice and Fire: Frozen Shore Chariots

Those that live south of the Wall think that the Wildings living beyond it are nothing but primitive savages, not capable of utilizing any kind of advanced engineering in combat. That is, however, very much not the case. While their Frozen Shore Chariots aren’t the sturdiest of constructs, they work well enough to usher those bold enough to ride them into battle. More than capable of bashing their way through enemy ranks due to sheer mass and speed alone, these engines of war are a formidable foe to face.

Be the first to review “A Song Of Ice and Fire: Frozen Shore Chariots” Cancel reply