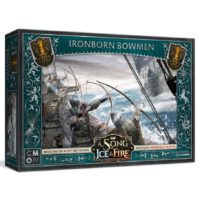 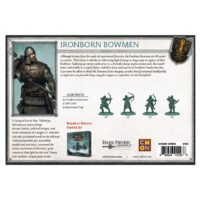 A Song Of Ice and Fire: Ironborn Bowmen

Although drawn from the ranks of experienced Reavers, the Ironborn Bowmen are ill-suited to a melee. Their focus is wholly on delivering high damage at long range in support of their brethren. Softening up enemy ranks prior to a friendly charge makes enemy units that much more vulnerable to a rapid defeat, which is part-and-parcel of Ironborn battle doctrine. Care must be taken to shield the Bowmen from charging cavalry, but if positioned intelligently, a single unit can provide long-range fire support to anywhere on the battlefield.

Be the first to review “A Song Of Ice and Fire: Ironborn Bowmen” Cancel reply