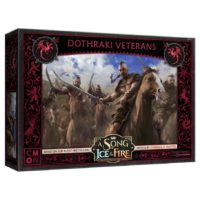 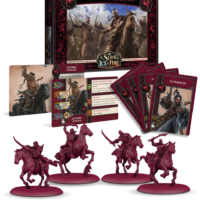 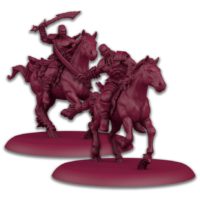 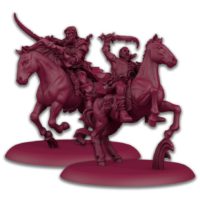 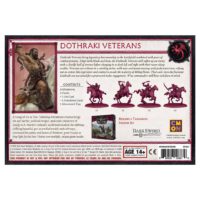 A Song Of Ice and Fire: Targaryen Dothraki Veterans

The Most Skilled Warriors in the Khalasar

A Dothraki is effectively born in the saddle. From the earliest age, they learn to ride, becoming the greatest horsemen in the land. After many battles, these horsemen have honed their skills to perfection. Their mastery of swordsmanship, archery, and riding is surpassed by none. In combat, they are a triple threat of strength, speed, and range.

The Dothraki Veterans unit box gives House Targaryen players a multi-faceted new threat to add to their armies. These warriors have trained their abilities to the max, able to perform attacks at range and in close combat. When attacking with their shortbows, they can follow it up with a devastating charge. However, the Dothraki eschew heavy armor, so a good commander will make sure the Veterans are in and out of combat before an enemy has a chance for a retaliatory strike.

Be the first to review “A Song Of Ice and Fire: Targaryen Dothraki Veterans” Cancel reply