Whether they’re battling enemy fighters from the cockpits of their TIE Fighters or on the ground below, Inferno Squad is one of the Empire’s most fearsome special forces units and now you can add the leader of this crack team to your Imperial armies. Possessing a keen tactical mind and a deadlier aim, Iden Versio can be an invaluable asset on any mission. 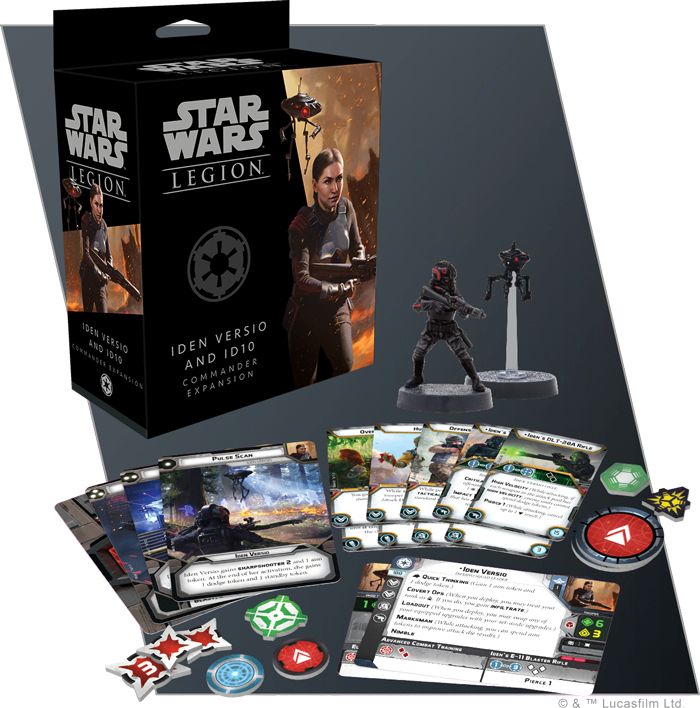 Within this expansion, you’ll find finely detailed, unpainted hard plastic miniatures of both Iden Versio and her ID10 seeker droid. Iden Versio herself can be assembled with our without her Inferno Squad helmet and respirator and can also be assembled with three distinct weapon options, letting you build the miniature that fits the look of your army. In addition to these miniatures, this expansion also contains four new command cards—three for Iden Versio and one for her ID10 seeker droid—that invite you to experiment with new tactics. Finally, nine upgrade cards give you the power to further customize these units with new weapons, gear, and more.