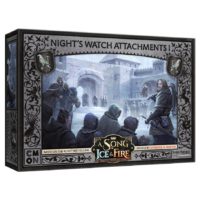 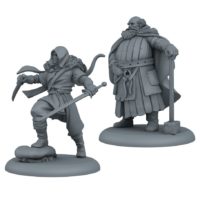 A Song Of Ice and Fire: Night’s Watch Attachments 1

The Night’s Watch is meant to be a solid brotherhood, one force against the dangers that lurk beyond The Wall. But the reality is that there are strong personalities that create divide and mini-factions within the group. This can cause some tension, but in the end, everyone there knows that it’s their duty to protect Westeros from danger.

The Night’s Watch will gladly take in anyone and everyone in order to bolster their ranks. They are evil-vigilant protectors of the Wall, keeping Westeros safe from the terrors that lie farther north. Battles against these horrors quickly weed out anyone who is unfit for the Black. All that remains are the grizzled veterans. These knowledgeable warriors are often dispersed throughout the ranks of other units, sharing their expertise with others and bolstering their fighting prowess by their presence.

Be the first to review “A Song Of Ice and Fire: Night’s Watch Attachments 1” Cancel reply