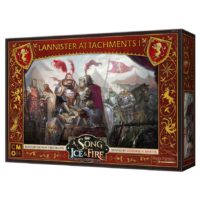 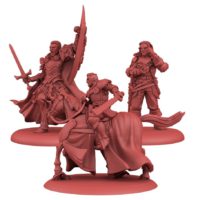 A Song Of Ice and Fire: Lannister Attachments 1

House Lannister looks to maintain control of the Iron Throne and is willing to spend any cost in order to make it happen. Their coffers are open, and they are hiring the best soldiers in Westeros to lead their units. These combat veterans bring expertise, training, and cunning not found in the average man of the line. They can elevate an ordinary unit into elites by their mere presence.

Be the first to review “A Song Of Ice and Fire: Lannister Attachments 1” Cancel reply