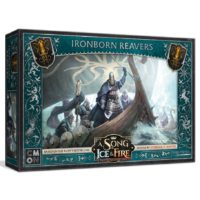 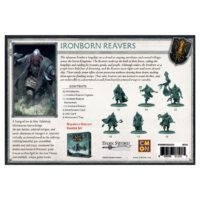 A Song Of Ice and Fire: Ironborn Reavers

All along the cost of Westeros, sailors know to fear the Ironborn Reavers. Sightings of their longships are met with fear and trepidation. The Reavers are coastal raiders, ready to make quick assaults wherever they please. Now, these pirates loyal to House Greyjoy are bringing their swift hit-and-run tactics inland during all the chaos caused by the war for the Iron Throne.

Be the first to review “A Song Of Ice and Fire: Ironborn Reavers” Cancel reply