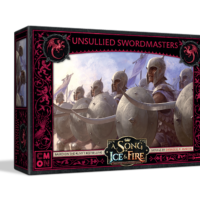 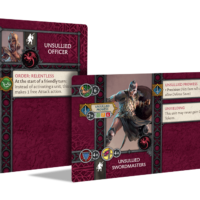 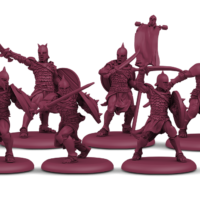 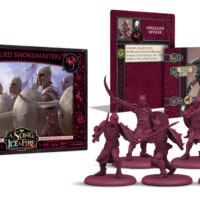 A Song Of Ice and Fire: Targaryen Unsullied Swordsmen

The Unsullied have one of the most difficult training regimens of any unit. Only about one in three survives to the end. However, those that do are swordsmen of unparalleled skill. Though they look slight compared to most western swordsmen, that does not mean they’re not as strong or effective on the battlefield. When joined with an officer, their skills are only enhanced, trading blow-for-blow with any foe.

The Unsullied Swordsmen unit box for the A Song of Ice and Fire: Tabletop Miniatures Game gives Targaryen players an effective melee unit on the field. Their melee attacks hit at the weak points in enemy armor, granting numerous bonuses when they strike. The Officer Unit Attachment adds to their strengths, trading wounds with the enemy when being attacked, making this unit able to dish out wounds both when attacking and on the defensive.

Be the first to review “A Song Of Ice and Fire: Targaryen Unsullied Swordsmen” Cancel reply