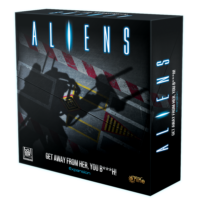 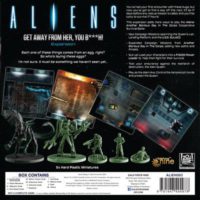 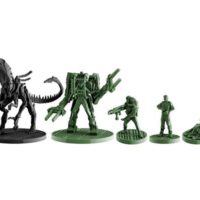 You’ve had your first encounter with these bugs, but now you’ve got to find a way off this rock. It’ll be 17 days before any rescue mission is called, and you’ll be lucky to survive 17 hours!

Aliens: Get Away From Her, You B***h! contains four double-sided game boards, five miniatures, tokens, dice, cards, and rules to adds more ways to play the Aliens: Another Glorious Day In The Corps! co-operative survival game. You can even play as the alien hive!

Be the first to review “Aliens: Get Away From Her, You B***h!” Cancel reply