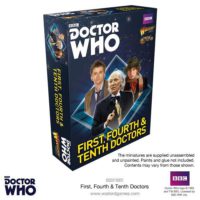 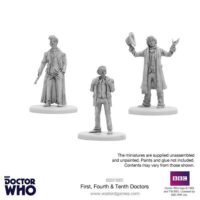 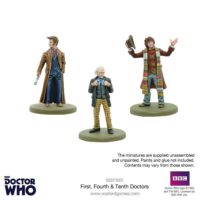 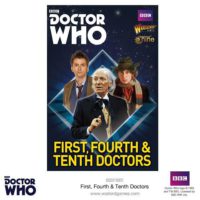 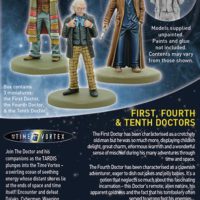 Collect the Doctor and his trusted companions for an exhilarating journey in the TARDIS. Experience thrilling adventures as one of numerous incarnations of everyone’s favourite Time Lord and his allies.

The First Doctor has been characterised as a crotchety old man but he was so much more, displaying childish delight, great charm, enormous warmth and a wonderful sense of mischief during his many adventures through time and space.

The Fourth Doctor has been characterised as a clownish adventurer, eager to dish out jokes and jelly babies. It’s a notion that neglects so much about this fascinating incarnation – this Doctor’s remote, alien nature, his apparent coldness and the fact that his tomfoolery often served to wrong-foot his enemies…

The Tenth Doctor was a fascinating combination of bonhomie and loneliness. He felt the loss of Rose Tyler very keenly but approached all his adventures with a life-affirming gusto!

Be the first to review “Dr Who: First, Fourth and Tenth Doctors” Cancel reply