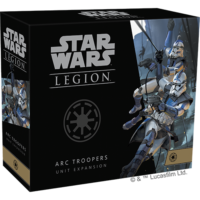 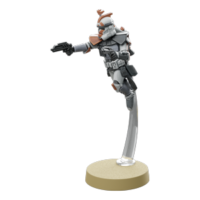 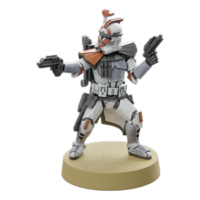 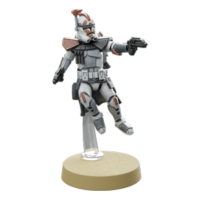 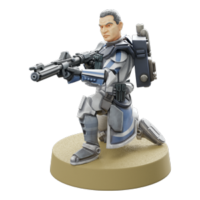 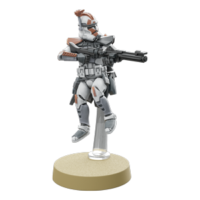 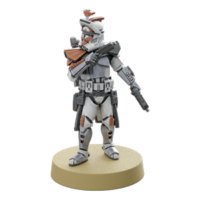 13 in stock (can be backordered)

ARC Troopers are among the most elite clone troopers, utilising specialized equipment and intensive training to push their physical, tactical, and strategic skills to the limit. These troopers are capable of undertaking the most arduous missions, and the unshakable resolve has turned the tide of many vital battles in the Clone Wars.

No matter how you decide to use them in battle, you’ll find plenty of ways to customize your miniatures in this expansion. In addition to multiple helmet options for every ARC Trooper, some troopers can be assembled wielding dual DC-17 hand blasters or with a powerful DC-15x sniper rifle. Finally, several troopers are highly posable as they blast into action with their JT-12 jetpacks. In addition to their appearance, eight upgrade cards let you outfit your ARC Troopers in battle and two unit cards let you add them to your army as either a full unit or a two-man strike team.