As outposts and data centers, Imperial bunkers play a pivotal role in securing the Empire’s reign over the galaxy. Found on Imperial-controlled planets such as Scarif and the forest moon of Endor, these bunkers keep safe some of the Empire’s most vital military secrets and command centers. Whether protecting what lies within, or fighting to extract vital information, any battle fought over a bunker could stand as a turning point in the war. 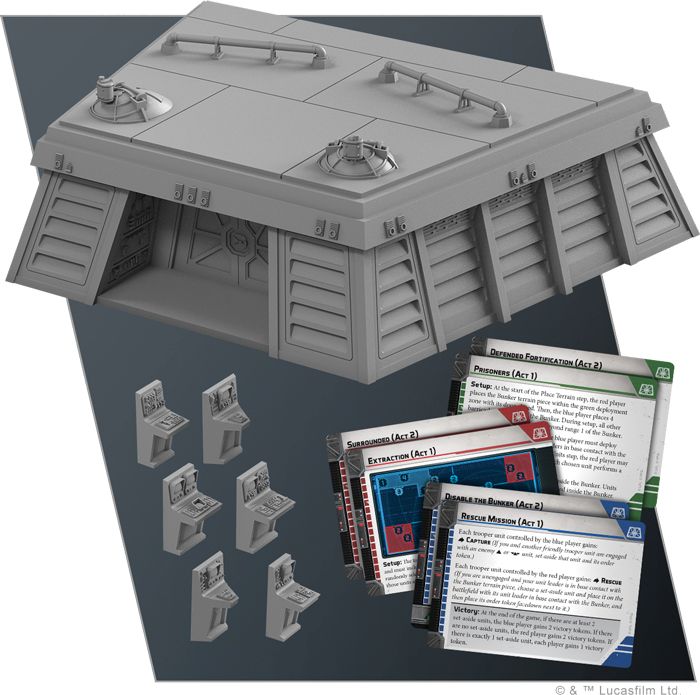