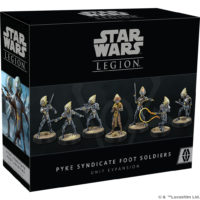 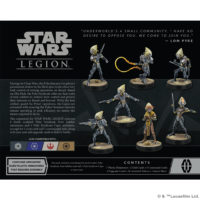 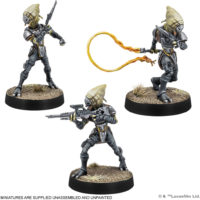 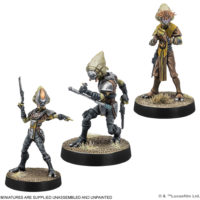 Players can hire additional soldiers to protect their interests throughout the galaxy with this pack for Star Wars: Legion! Adding a corps unit of six Pyke Syndicate Foot Soldiers that can join Rebel, Imperial, Republic, or Separatist armies or band together with their fellow mercenaries in the Shadow Collective, this expansion gives players even more versatile options for building their forces. Furthermore, they’ll also find a Pyke Syndicate Capo who can lead a single unit or an entire mercenary army as a commander along with three command cards, opening up even more strategic choices. Finally, eight upgrade cards give players the freedom to kit out their units with heavy weapons, additional gear, and more!