Soldiers are called to serve in many types of missions, from tense hostage exchanges to payload deliveries to bombing runs. Wherever and whenever the battle rages, the Vital Assets Battlefield Expansion adds new options to expand the scope of your Star Wars™: Legion games! 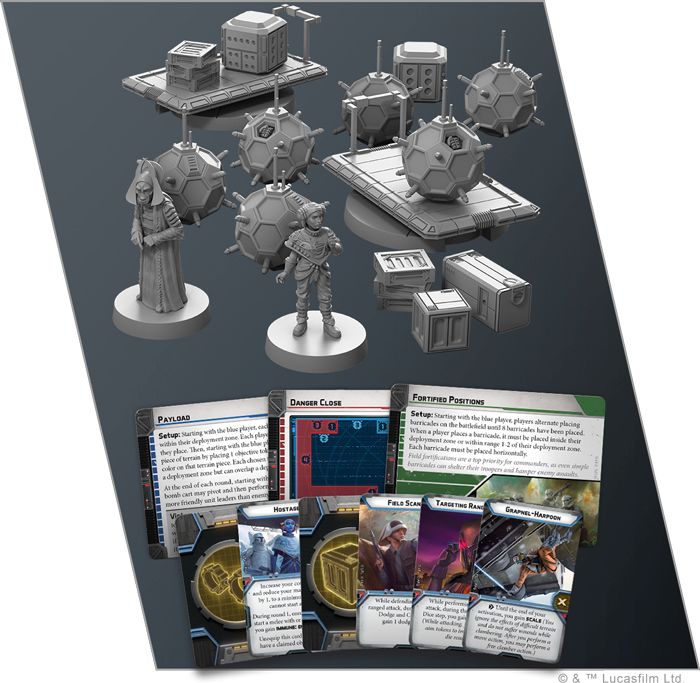 This expansion contains 16 unpainted, finely sculpted battlefield objective miniatures, including two hostages, six bombs, six crates, and two repulsor pallets that can replace your objective tokens or enhance your battlefield. These miniatures are joined by new battle, hostage, and supply cards that add even more variety to your battles!