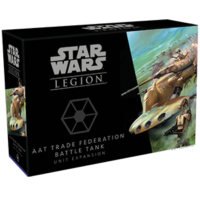 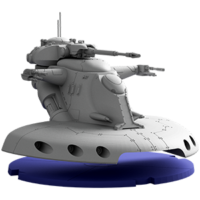 The AAT Trade Federation battle tank is a hard-hitting vehicle favored by Separatist commanders like Lok Durd. While its droid operators require precise commands to be used to full effect, is primary MX-8 artillery laser cannons can blast out barrages that target multiple enemies or hammer the same foe with twice the firepower, and its anti-personnel armament can whittle down even squads as heavily armored as Clone Troopers. 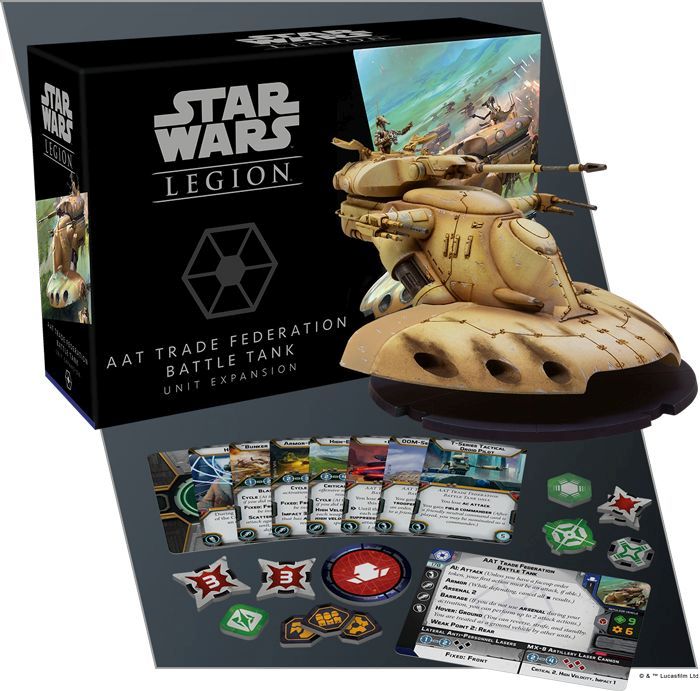 With the AAT Trade Federation Battle Tank Unit Expansion, you can add one of these heavy tanks to your Separatist army. The unpainted, finely-detailed miniature you find here can be constructed with its hatch closed or with a B1 Battle Droid scanning the horizon for new targets. In addition to this miniature, you’ll find everything you need to fully customize it to your personal strategy, including eight upgrade cards and a unit card.