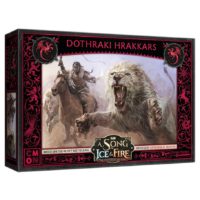 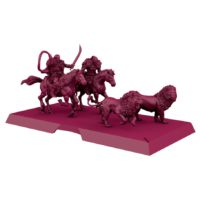 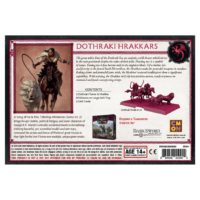 Taming one of the great white lions of the Dothraki Sea is a feat accomplished by only the mightiest khals. The Hrakkars are powerful beasts that match even the famed Stark Direwolves in terms of conferred status, and in war is just as fearsome a sight on the field. Fast, deadly, and above all stealthy, troops facing the Dothraki should beware of sudden attacks from unsuspected quarters by lurking Hrakkars.

Be the first to review “A Song Of Ice and Fire: Dothraki Hrakkars – awaiting restock date” Cancel reply