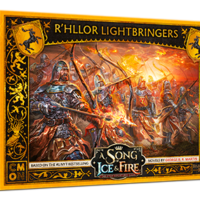 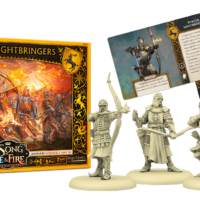 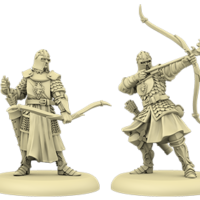 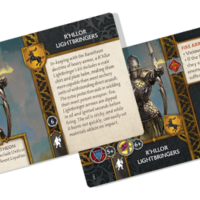 A Song Of Ice and Fire: R’hllor Lightbringers

House Baratheon is well known for equipping their troops in some of the heaviest armor found on the battlefields of Westeros. While other Houses might also do this for their frontline combat troops or heavily-barded cavalry, House Baratheon’s zeal for heavy armor even extends to their support units. The R’hllor Lightbringers are some of the most heavily armored archers that will take to the field. Though most enemies are more concerned with the flaming arrows they fire rather than the armor they’re wearing.

The R’hllor Lightbringers unit box for the A Song of Ice and Fire: Tabletop Miniatures Game gives House Baratheon players a new ranged unit to add to their forces. Loyal to Stannis Baratheon, they are some of the most heavily armored ranged units in the game. And their flaming arrows are certainly to not be overlooked, either.

Be the first to review “A Song Of Ice and Fire: R’hllor Lightbringers” Cancel reply