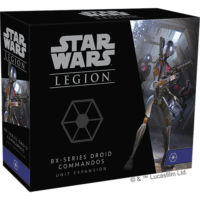 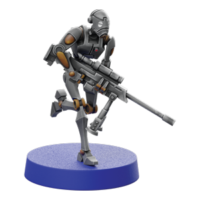 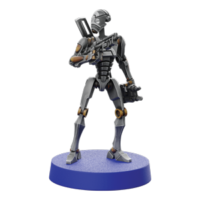 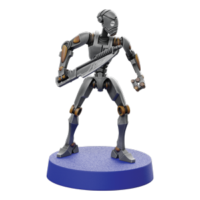 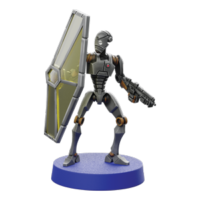 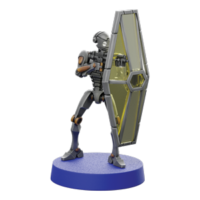 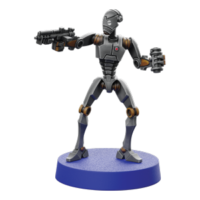 14 in stock (can be backordered)

BX-series droid commandos represent a major step forward from their B1 battle droid cousins. Cunning, stealthy, and deadly in close quarters, the elite commando droids are capable of laying traps and ambushes to catch their foes flat-footed before finishing them off with salvos of fire or up close and personal with their deadly vibroswords. 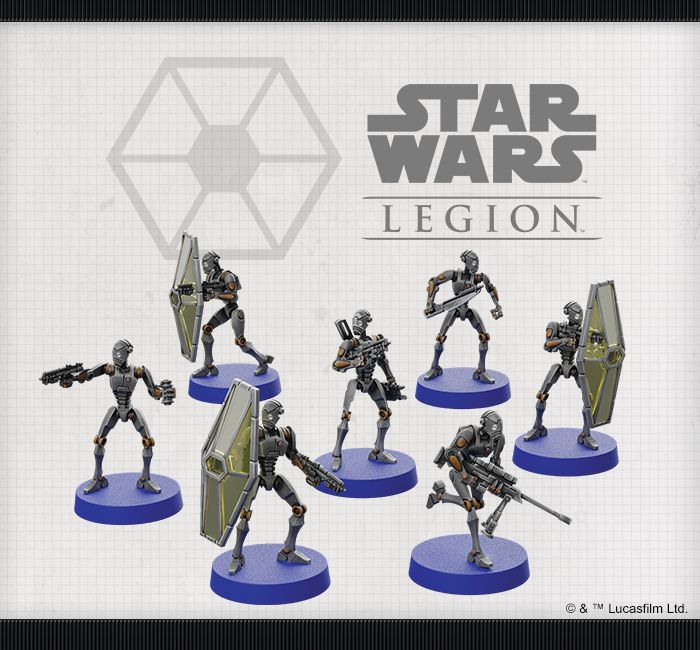 The seven unpainted, finely detailed BX-series droid commando miniatures you find in this expansion are highly customizable. Several weapons options—including blasters, vibroswords, and a dioxis charge—as well as deflector shields give you the freedom to build the unit of commando droids you’ve always wanted. Beyond their appearance, eight upgrade cards invite you to fine-tune how your droids operate in battle while two unit cards give you the chance to field them either as a full unit or a two-man strike team.