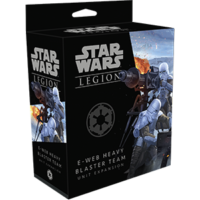 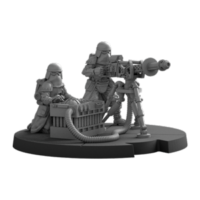 Imperial troops are known for their relentlessness, pressing the attack even in the face of the strongest Rebel resistance. But when the Empire really wants to bring the fight to the Rebels, it calls in its heavy blaster teams. Bridging the gap between lightly armed trooper units and the heavy AT-ST, an E-Web Heavy Blaster Team gives you even more options for rounding out your Imperial army. 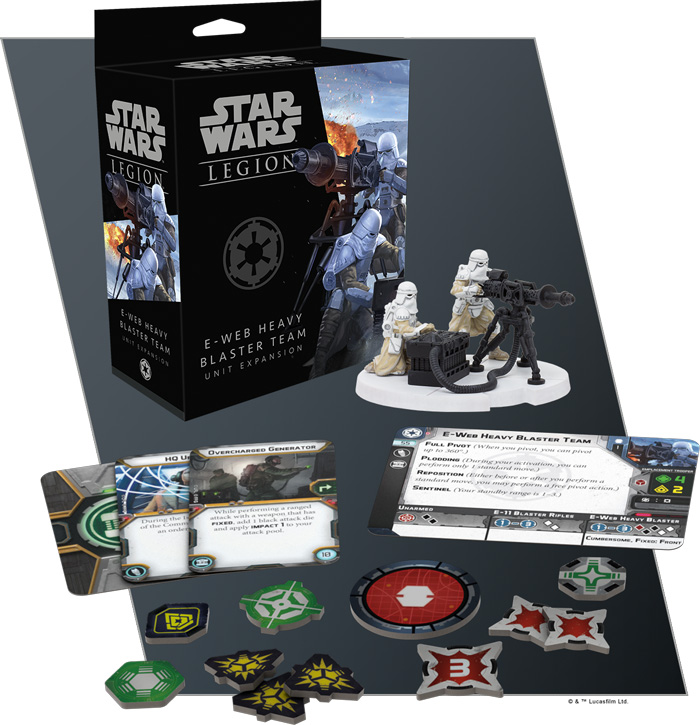 The E-Web Heavy Blaster Team Unit Expansion expands the possibilities for your games of Star Wars: Legion with an unpainted, easily assembled E-Web Heavy Blaster Team miniature that you can field as a support unit. Additionally, three upgrade cards let you customize your heavy blaster team, improving its communications or modifying its power generator to create new ways to attack.