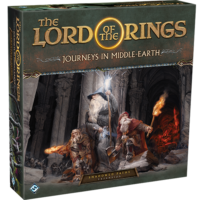 The Lord of the Rings: Journeys in Middle-earth – Shadowed Paths

“Moria! Moria! Wonder of the Northern world! Too deep we delved there, and woke the nameless fear. Long have its vast mansions lain empty since the children of Durin fled.”
–Glóin, The Fellowship of the Ring

The world of Middle-earth is filled with wonder, yet many ancient and evil places remain—shadowy ruins, primeval forests, dark crypts beneath the cold earth. Only the mightiest heroes of Middle-earth still dare to enter these grim locations to pursue their quests, and with the Shadowed Paths expansion for The Lord of the Rings: Journeys in Middle-earth, you can forge your own path into the darkness.

Shadowed Paths is a brand-new expansion, releasing in July and packed with brand-new content to enhance your Journeys in Middle-earth campaigns. With five new heroes and five new hero roles, there’s dozens of new gameplay styles to explore. Twenty double-sided journey map tiles bring your adventures to mysterious new locales, while difficult ground and terrain tokens for the battle map add striking new tactical considerations for your heroes. Finally, a full host of new enemies, including pit goblins, giant spiders, and cave trolls, oppose you in a branching digital campaign played out across thirteen new adventures! Best of all, these heroes, roles, enemies, tiles, items, and even new digital encounters unlocked with Shadowed Paths can be used in any other Journeys in Middle-earth campaign, adding new replayability and content to your entire game.

On his many journeys through the long years, Balin has never met a challenge that long dissuaded him. The darker the path, the more treasures that might lay hidden from view, only waiting for the brave and the clever to uncover them. After Balin successfully reclaimed Erebor with Thorin’s company, the Dwarves thrived, but Balin hungered for new adventures and new discoveries. Now, Balin is ready to make another journey, perhaps even into the darkened halls of Khazad-dûm that were abandoned so long ago.

In your games of Journeys in Middle-earth, Balin has an indomitable spirit, and a knack for finding the right skill for any situation. As his hero ability, when he suffers damage, he can prepare a skill from his discard pile, helping you adapt to the enemies that surround you—perhaps by preparing a skill like Loyal Friend, which can both guard against enemy attacks or let you use Balin’s Spirit skill to make an attack. Or, you may call upon a Raven Companion, which enhances your Wit and helps negate some of the damage that you’re taking to use Balin’s ability. 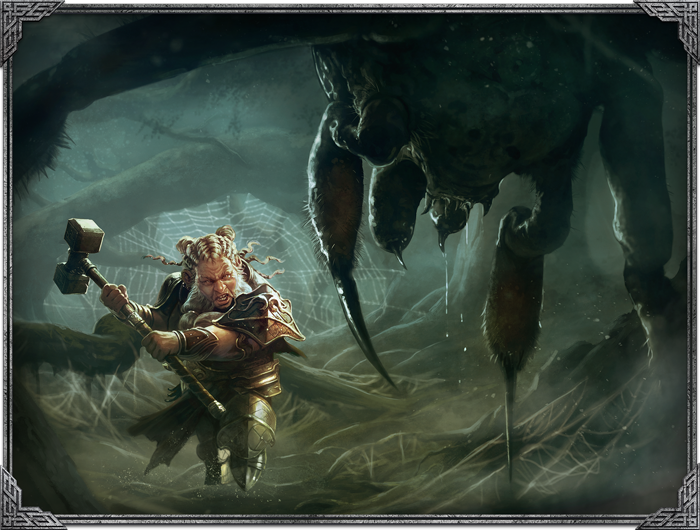 Balin is joined in Shadowed Paths by another Dwarf hero—Dís, the sister of Thorin Oakenshield. Her brother and her two sons, Fíli and Kíli, were all slain recapturing Erebor, and as the last surviving member of her family and one of the greatest smiths of the mountains, Dís cannot justify letting others do the much-needed work any longer. It is time for her to take the best of her craft and all her years of cunning and bring them to bear against the foes of Middle-earth.

With naturally high Might, Dís can prove herself as a prodigious warrior, but she is a cunning fighter and prefers to set herself up for success. As such, whenever Dís makes a test, you may spend a fate icon to place one card from the test back on top of your deck—helping to ensure that you get the successes you need to keep passing your tests. Dís can also put her fate icons to good work with Fury, which allows you to spend any number of fate icons to add an equal number of hits! Combine that with Fire Heart to automatically generate a fate icon during a test, and you have a truly formidable Dwarven warrior.

The hero that you choose and their personal skill cards are only half of your character in Journeys in Middle-earth. The other piece of your character is the role that you choose to play, and five new roles are introduced in Shadowed Paths, each offering a powerful and unique new playstyle that can be used with any hero. You may choose to play as an Herbalist, a Delver, a Traveler, a Smith, or a Meddler, and as you upgrade your skill cards, you can unlock potent new combos and techniques. 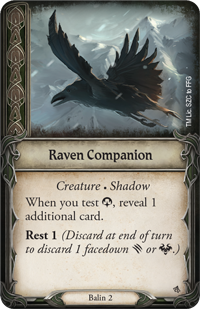 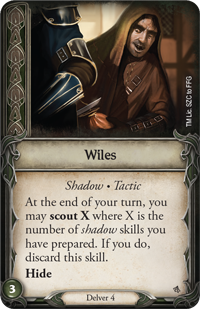 When you play as a Delver, the darkness of deep halls beneath the mountains is your ally. All Delvers start with two copies of Shadow Sight, a Shadow card that rewards you for being in darkness during a test. You can build on having a deck full of Shadow cards with advanced Delver skills like Wiles, which lets you scout out even more of your deck. Delvers are also comfortable moving on their own, with skills like Forging Ahead and Spirit of Adventure to guide their path. And though the path may be dangerous, any Delver who walks to its end may find Glory or Treasures Untold  that lie in wait for them. 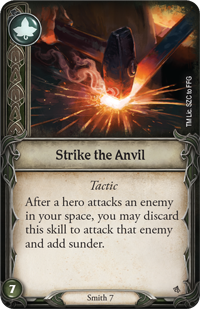 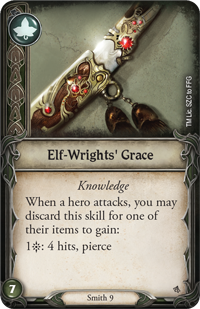 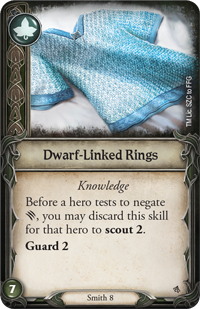 A Smith, on the other hand, thrives in the company of other heroes, rather than fighting on their own. It starts with Thrice-Forged Steel a card that lets you enhance your own attacks or the attacks of another hero in your space. The option to help yourself or the other heroes in your party is shared across many of the Smith’s skill cards, with Strike the Anvil granting sunder to an attack, Elf-Wright’s Grace providing more options for dealing damage, or Dwarf-Linked Rings helping any hero pass a test to negate damage. With the power to take down Orcs on their own and help your party survive battles along the way, a Smith can be a valuable addition to any party.

With five new heroes and five new roles for any hero to use, Shadowed Paths already promises to bring new depths to your games of Journeys in Middle-earth. But on top of those heroes and roles, you’ll find an armoury of new items, a full branching campaign with thirteen adventures, new journey map tiles, and new enemies—all of which can be incorporated into previous campaigns as well.

Be the first to review “The Lord of the Rings: Journeys in Middle-earth – Shadowed Paths” Cancel reply 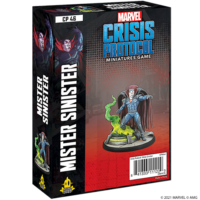 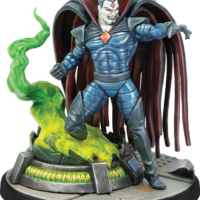