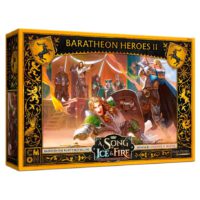 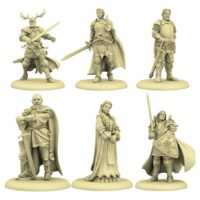 A Song Of Ice and Fire: Baratheon Heroes 2

The Baratheon Heroes #2 box set for the Song of Ice and Fire: Tabletop Miniatures Game gives House Baratheon players eager to see Lord Renly on the Iron Throne a bunch of new options for their forces. With new Attachments, NCUs, and new choices for their army Commander, the set is a great way for players to customize their forces to fit their own particular play style.

Be the first to review “A Song Of Ice and Fire: Baratheon Heroes 2” Cancel reply