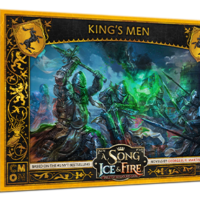 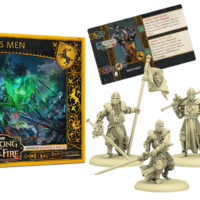 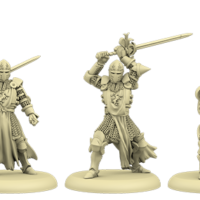 The faith that the King’s Men have in The Seven is only matched by their faith that Stannis Baratheon should be the next one to sit upon the Iron Throne. Through rigorous training with their greatswords and heavy armor, they are headed to the field of battle in service of the older Baratheon brother. Will their actions see him through to victory?

The King’s Men unit box give House Baratheon players in the A Song of Ice and Fire: Tabletop miniatures Game a new melee-based option when they are backing Stannis in his bid to take King’s Landing and the Iron Throne for himself. The unit is heavily armed and armoured, acting as a strong melee centerpiece for a force. Such is their conviction, they may even fight on when the odds against them seem impossible.

Be the first to review “A Song Of Ice and Fire: King’s Men – Arriving June 2nd” Cancel reply