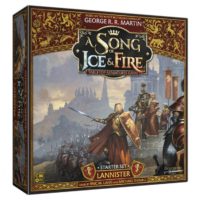 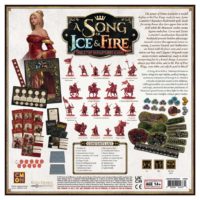 The House Lannister Starter Set for the A Song of Ice and Fire: Tabletop Miniatures Game is a perfect starting place for players looking to don the red and gold in battle. It has everything they might need, from figures and stat cards to dice and rulebooks. Lannister Guardsmen and Halberdiers, along with a unit of Clegane Brigands make up the troops. Meanwhile, characters like Jaime, Cersei, and Tyrion Lannister, along with “The Mountain that Rides” Gregor Clegane alter the battlefield in their own way. A complete set, the faction is ready to play right out of the box.

Be the first to review “A Song Of Ice and Fire: Lannister Starter Set – Pre-Order Arriving 1st March” Cancel reply