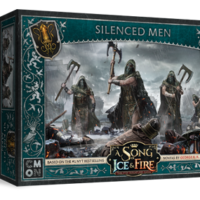 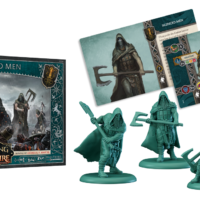 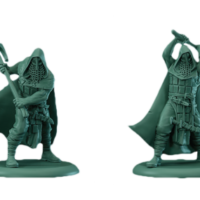 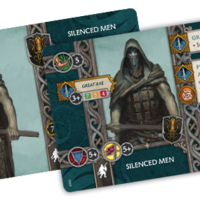 A Song Of Ice and Fire: Silenced Men

A battlefield is an extremely noisy place. The clash of metal on metal. The thundering of the cavalry’s hooves. The screams of death. The Silenced Men, however, never utter a single sound. Made up entirely of mutes, they stalk silently around the battlefield, employing their swift speed to mete out a wordless death via their greataxes. Even veteran troops are unnerved by the eerie silence that shrouds them.

The Silenced Men Unit Box for the A Song of Ice and Fire: Tabletop Miniatures Game gives House Greyjoy players a new, unnerving unit for their army. The Silenced Men stalk the battlefield, wielding their greataxes with ease. Like all Greyjoy units, they are adept at taking from fallen foes, gaining Pillage tokens whenever an enemy rank is felled. The silence that comes with the unit shakes enemies to their core, causing them to take Panic tests whenever they activate. These Tests are harder to pass and more devastating when failed for each Pillage token the Silenced Men have gathered.

Be the first to review “A Song Of Ice and Fire: Silenced Men” Cancel reply